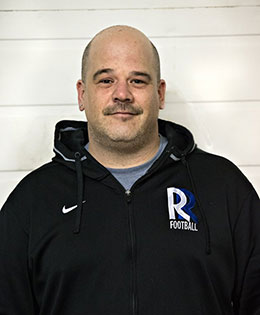 He also will be returning to the University Of Manitoba Bisonsfor his third season with the team as a Defensive Line Coach.Over the past three seasons he has had the opportunity to coach many outstanding defensive line men with one of his players being drafted in the first round of the 2014 CFL Canadian Draft.

Prior to moving to the U of M, Scott was at Sturgeon Heights Collegiate from 2009-2011 and at Elmwood High School from 2004-2008 where he served in the role off Defensive Coordinator, Special Teams Coordinator and Assistant Head Coach. During this time, he guest coached for the Winnipeg Blue Bombers and also worked with both the Under 18Provincial Team and was the Defensive Coordinator for the Red River Cup winning Under 16 Provincial Team.

Scott is married to wife Nancy and has two wonderful sonsTaron age 10 and Tanner age 6. Scott is also a competitive 5 pin bowler and has appeared on the TSN Pins Game finishing 2nd and has also been to over twenty National Championships. Scott is proud to be a 4 time National Champion winning in both the men and mixed team divisions.